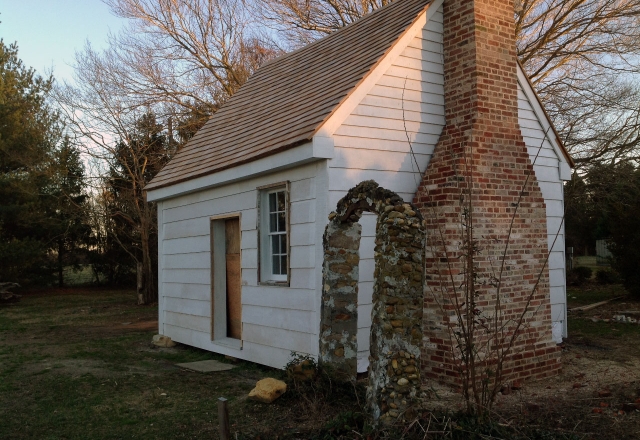 James Webb, a free African-American farmer, built this hand-hewn log home in 1852. He lived here with his enslaved wife, Mary Ann, and their four children, Charles, Elizabeth, John and Ann, and Webb’s father, Henry. The Webbs were members of Mount Pleasant Church. This one-room log cabin, with its “potato hole,” open fireplace and loft accessed by a crude ladder, was made from materials found at hand or nearby. Built on ballast stones from ships, it stands near the Choptank River, Hog Creek and several roads including Harriet Tubman’s possible route from Poplar Neck. This cabin represents the kind of housing that sheltered many African-American and poor white families during the early and mid-19th century. Harriet Tubman’s father and mother, Ben and Rit Ross, probably lived in a very similar structure at nearby Poplar Neck.