Union Church is located a few miles northwest of Greensboro, MD.   A grave marker still stands a few yards from the church door.  The name on the stone is faded but still legible:

No date of birth or death is shown. 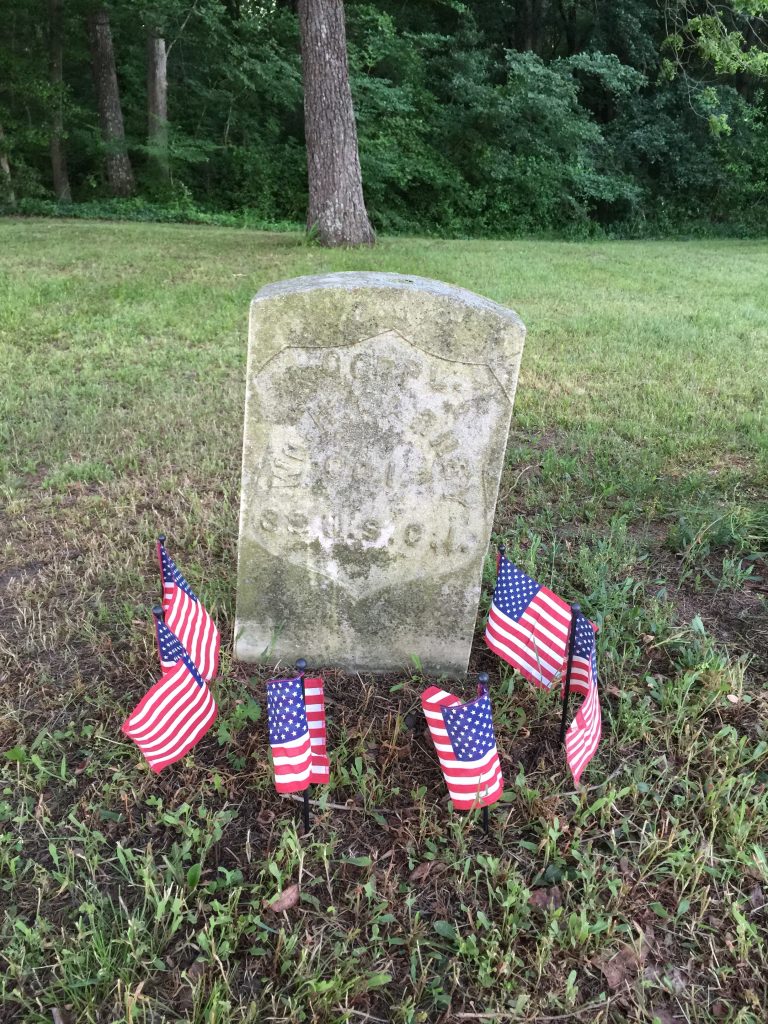 Cpl Carney is listed in rosters of the 38th Regiment, U.S. Colored Troops.  The 38th Regiment was formed in January 1864 near Norfolk, VA and saw hard fighting in these battles around Richmond during September-October 1864:

One narrative of the Battle of New Market Heights describes the fortitude and heroism of non-commissioned officers of the 38th USCT such as Cpl Carney.  Casualty totals for these regiments at the Battle of Chaffin’s Farm also tell of courage and heroism.

After the surrender of Confederate armies in Virginia and North Carolina, the 38th USCT was deployed to Texas to counter  France’s military intervention in Mexico.  The regiment served at Brownsville, at various points on the Rio Grande, and at Brazos Santiago, Indianola, and Galveston until January 1867. Cpl Carney and his black comrades were mustered out on January 25, 1867.

A search of Denton Journal articles from 1865 produced a few details about Caroline County’s black Civil War veteran.  In 1893, William H. Carney was listed among the Civil War veterans in Caroline County who were still receiving veterans’ pensions.  In March 1895, Carney sought damages from the county when his horse fell through the roadway of the county-maintained bridge between Goldsboro and Bridgetown, DE.