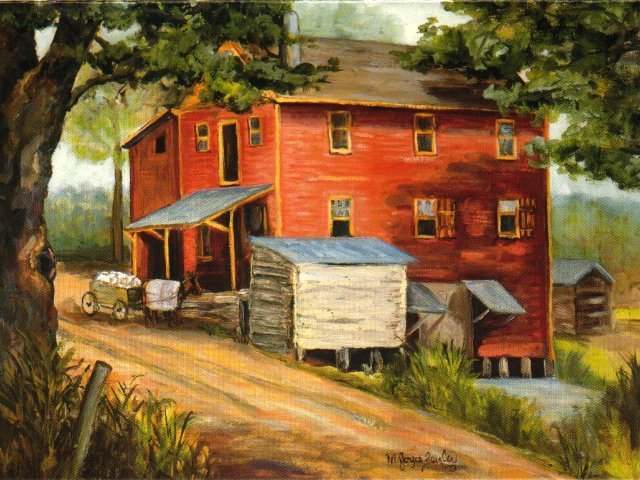 Crouse Mill on the upper Tuckahoe, as it appeared in 1910, painted in 1973 by M. Joyce Zeigler, granddaughter of Daniel K. Crouse, the last owner and operator of the mill.

The following text was provided by Joyce Zeigler, granddaughter of Daniel K. Crouse, the last operator of Crouse’s Mill.  She transcribed notes that were found among the papers of her father, Clifton Crouse, which he wrote in the 1980s.

Crouse’s Mill on Tuckahoe Creek was a Colonial grist mill.

Prior to 1900, the mill was known as Garey’s Mill.  At one time, it was Sewell’s Mill.  A marble plaque placed in the mill’s eaves was engraved with the name Wilson’s Mill.

The two turbine water wheels were horizontal with a five foot drop. The hand dug 30 foot wide mill race was 4-6 feet deep with floodgates for water control. The water power source was a 91 acre lake one-half mile away. The millstones were made in England.

Not shown in the painting was a house for 150 ducks and numerous corn and grain storage buildings. A corn crib is in the foreground and the building on the right housed pigs. The Mill itself measured 24’x50′ and stood three stories. The Mill office in the front corner was heated by a woodstove . It was a daily loafing place for nearby farmers.

Part of the Crouse farm was in Caroline County, but the mill was located in Queen Anne’s County.  The dam went out in a flood in 1924 and was never replaced.  The mill fell into disrepair and was torn down.  The usable timbers became part of a large barn.  Much of the machinery and elevators were sold to Medford’s Mill near Henderson after a fire there in the late 1920s.  Some of the machinery is now in the Delaware State Museum in Dover.

Crouse’s Mill specialized in pure stone ground buckwheat flour.  Orders came from long distances for it.  Hominy and whole wheat flour were also popular.  Mill products were delivered to merchants in all the nearby towns in a covered wagon drawn by a two-horse team.  It was known as a mill wagon, having been specially built by Ben Calgain of Denton about 1906.  It was sold years later at an auction, still in excellent condition.

Today the foundation and the mill race remain in Tuckahoe State Park in the shade of the huge sycamore trees on Mill Meadows Farm. 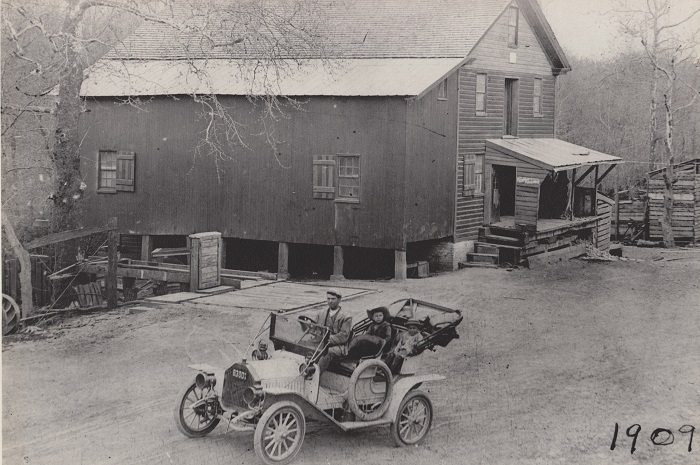 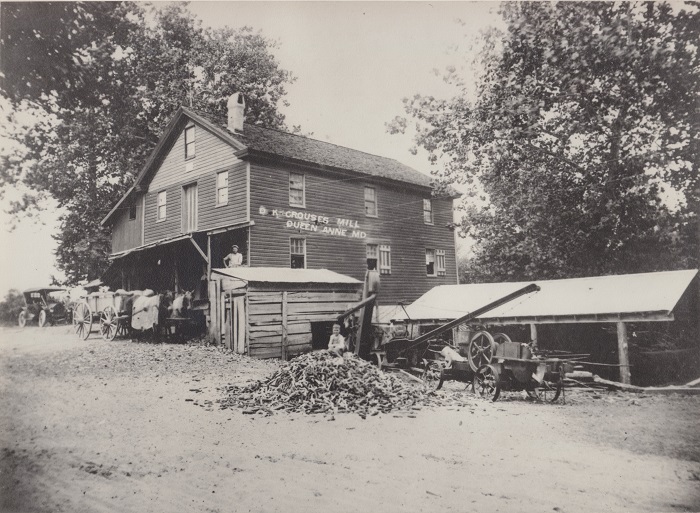 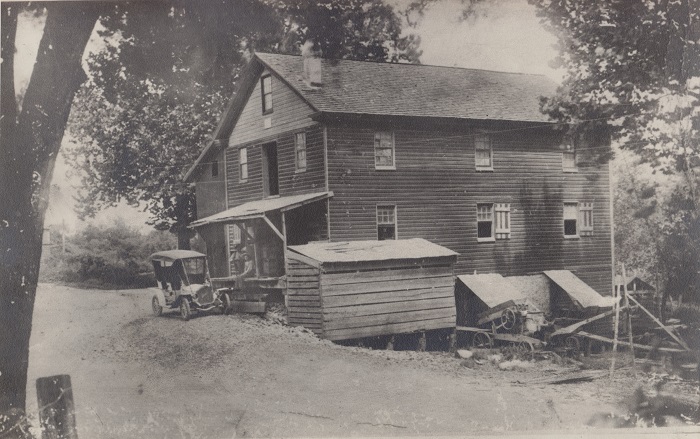