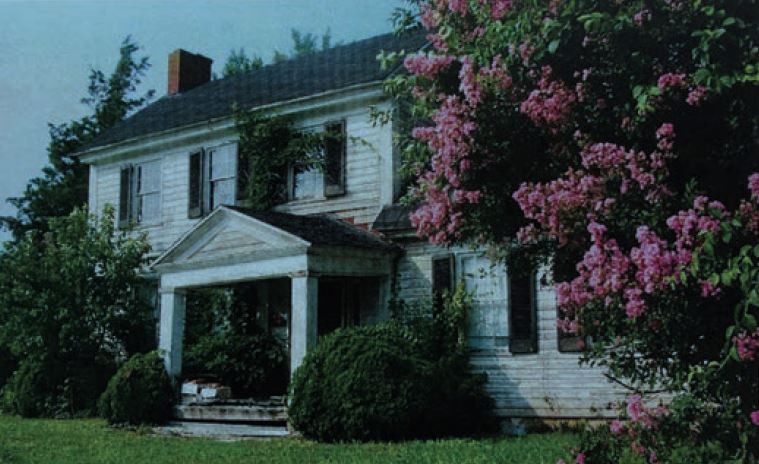 Despite living his life in the local Long Depression (1819-1895), Jesse Hubbard (c. 1811-1879) was determined to erect for his wife and nine children a fine house in the Greek Revival style of architecture, a style then prevalent in the Deep South and other prosperous areas in a still-young America.

Jesse was a merchant (i.e., trader of goods) who built an adjoining store where he bartered endlessly for local goods, then shipped them to Baltimore and distant ports. Subsequently, the Gadow family from Germany and Russia prospered during the local Canning Boom (1895–1919), and lived for a century in Jesse’s former house, but never altered the Greek Revival styling, inside or out.