Ships in a sea of Eastern Shore corn

You fly down Route 404 across the Delmarva Peninsula,
like Lawrence and his Arab fighters across the Sinai,
380 horsepower and Camels on the dash.

Traffic comes to a dead stop.
It’s a line of ships blocking your route. 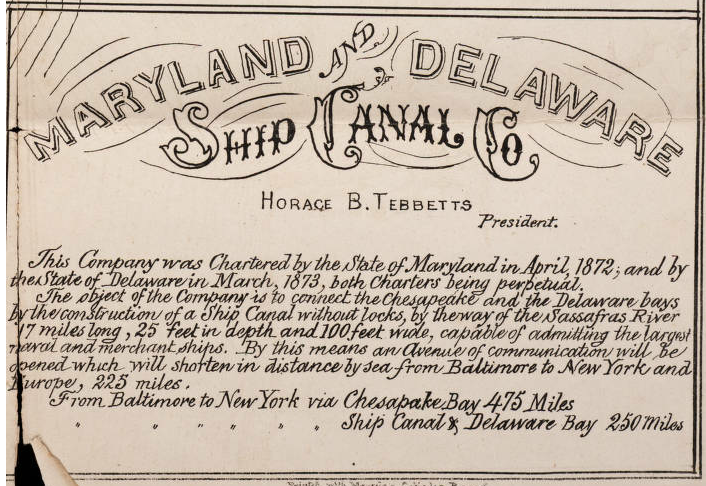 A canal across Delmarva from Chesapeake Bay to Delaware Bay had been in operation since the 1820s, along the present route of the C&D Canal at Elk River.   Three routes for an enlarged canal were proposed in the 1870s.  The northern route would make use of the Sassafras River.  The southern option would follow parts of the Choptank and Nanticoke Rivers.

The proposed middle route cut straight through the heart of Caroline County.

Zoom in here to see if the 1873 canal cuts through your backyard:

None of these routes were used, of course.  The existing canal at Elk River was enlarged to its present capacity in the 1920s.

Why were these longer southern routes proposed?  Flying down 404 to Rehoboth, you see why:  Dead flat — no canal locks.  All dirt — no bedrock.  Important considerations in the age before Caterpillar.