Dutch immigrants poured into Caroline County in two waves in the 1890s and settled in “Wilhelmina Colonies” east of Dover Bridge.  They came to America when farmland became scarce in their native Holland.  They worked hard, built homes and churches, and called Caroline home.  When war broke out in Europe and America sent troops, Caroline residents took a long look at their “foreign” neighbors.

When Dutch immigrants began arriving in America in the late 1800s, they first settled in Iowa, Illinois, and Minnesota.  But they found the climate in the Midwest too dry in summer and cold in winter for the fruit and vegetable farming which was their traditional livelihood.  Some moved on to California’s Central Valley.  Others re-settled in Caroline County. 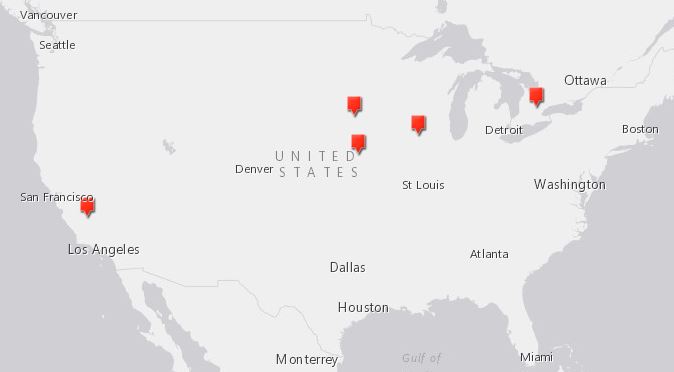 Dutch immigrants relocated from the Midwest and Canada to Frazier Neck in 1897. Another “Wilhelmina Colony” existed in Kings Co., Calif.

The first of 50 Dutch families bought farmland on the east side of the Choptank River near Bethlehem. Their clusters of homes became known as “Wilhelmina Colonies” (after Queen Wilhelmina of the Netherlands) on county maps and in local newspaper articles.  The settlers were referred to as “Dutchmen”, “Hollanders”, and “Wilhelminas”.  (Denton Journal, Feb-Aug 1897) 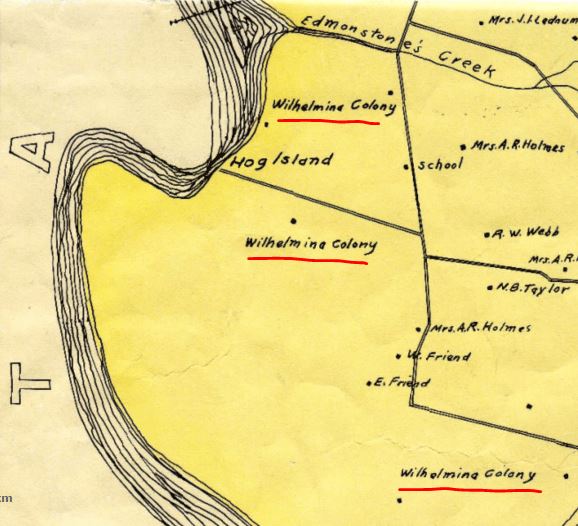 “Wilhelmina Colonies” were shown east of Frazier Neck on the 1897 map of Caroline County.

In their first year, the Hollanders built new homes, a church, and a sawmill, and they planted truck crops for urban markets.  They believed that their “old country” techniques for fruit and vegetable farming would yield ten times more per acre than was produced on other Caroline County farms.  They were also counting on a transportation nexus of steamboats at nearby Hog Island Landing and the new Baltimore, Chesapeake, and Atlantic Railroad line, which crossed the river below Dover Bridge, to carry their produce to market.

“Foreigners” in Caroline and America at War

When America sent troops to Europe to fight the Germans in 1917,  Caroline residents wondered about the loyalties of their Dutch and German neighbors, whom they still considered to be “foreign residents”.   But the local press didn’t rush to judgment. Denton Journal editors wrote about how the Dutch and German immigrants had put down roots in Caroline.  They asked about their views on the war and reported that both the Dutch and Germans were too thoroughly americanized to be interested in returning to their native countries and fight.  (Denton Journal, 8 August 1918)